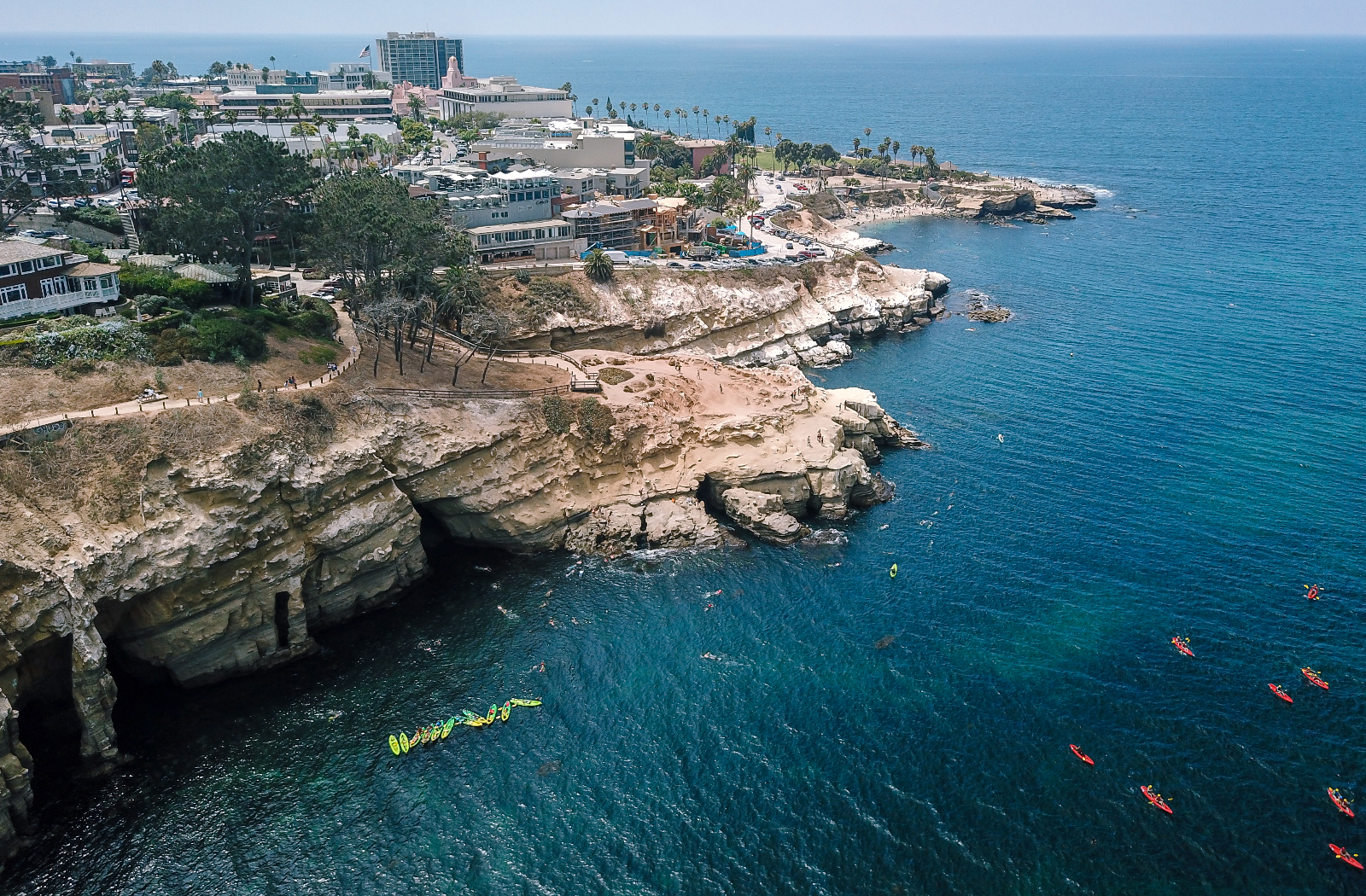 La Jolla Cove and Coronado Beach are two very different seaside experiences: The first is a golden crescent set into dramatic sandstone bluffs, the second a sweeping expanse of sand that literally glitters with flecks of the mineral mica.

But one thing they have in common: Both are perennial picks for Tripadvisor’s Best Beaches Awards (and plenty of other similar lists besides). That holds true for ’22, too: TripAdvisor has just put La Jolla Cove at No. 9 on its tally of top beaches in the U.S., and Coronado at No. 15.

Another thing they share: There’s way more to do at and around these two beaches than just dip your toes in the Pacific!

To show you what we mean, here’s just a sampling of great sights, fun activities and award-worthy noshes conveniently close to the Cove and the Coronado shore. They just might help convince you to stick around a while.

Snorkeling is a must-do at the Cove, a protected area that’s alive with marine life, including vibrant orange garibaldi (California’s state fish), purple sea urchins, starfish and much more. The Cave Store offers tours of the famous cave that opens out onto the water near the Cove (the shop also sells souvenirs and rents water gear). Stroll along the La Jolla Coast Walk for amazing views up the coast toward Torrey Pines, rent a kayak to get a close-up view of the caves, or rent an electric bike to scale Mount Soledad. A little farther afield are the Birch Aquarium at Scripps, the Tony Award-winning La Jolla Playhouse and the famed Torrey Pines Golf Course.

For memorable fine dining with views that won’t quit, George’s at the Cove is a can’t-miss pick and a true San Diego experience. More casual eateries abound, too, including Brockton Villa, which is so close to the Cove you can have a little call-and-response with the resident seals.

Try La Jolla Caves Snorkel and Paddleboard close to the cove, or head over to nearby La Jolla Shores for boards and more at the famed Surf Diva Surf School and Boutique.

In addition to being one of the best beaches, Coronado is bicycling nirvana, whether along the main beach boardwalk, near the Coronado Ferry Landing on the other side of the island or down the Bayshore Bikeway toward Imperial Beach. Make sure to take a stroll down Orange Avenue, Coronado’s main drag, with its shops, eateries and such cultural landmarks as Lamb’s Players Theatre and the Coronado Museum of History & Art.

The Hotel Del offers a wide range of dining possibilities, from the casual Beach & Taco Shack (with such specialties as the vegan mushroom poblano taco) to the beachfront elegance of Serea. Or try a beach-close local favorite such as Miguel’s Cocina for tempting Mexican fare.

Rent surfboards and more at Emerald City Surf Shop on Orange Avenue. For bicycles, e-bikes, surreys and other wheeled fun, try Holland’s Bicycles, with locations both on Orange Avenue and at the Coronado Ferry Landing.

The jewel of the Crown City (as Coronado is known) is the Hotel Del Coronado, famous for its starring role in movies from “Some Like It Hot” to “The Stunt Man.” Down the Silver Strand that stretches south of Coronado is the Loews Coronado Bay Resort, with a tranquil setting and easy access to San Diego Bay and the nearby beach.