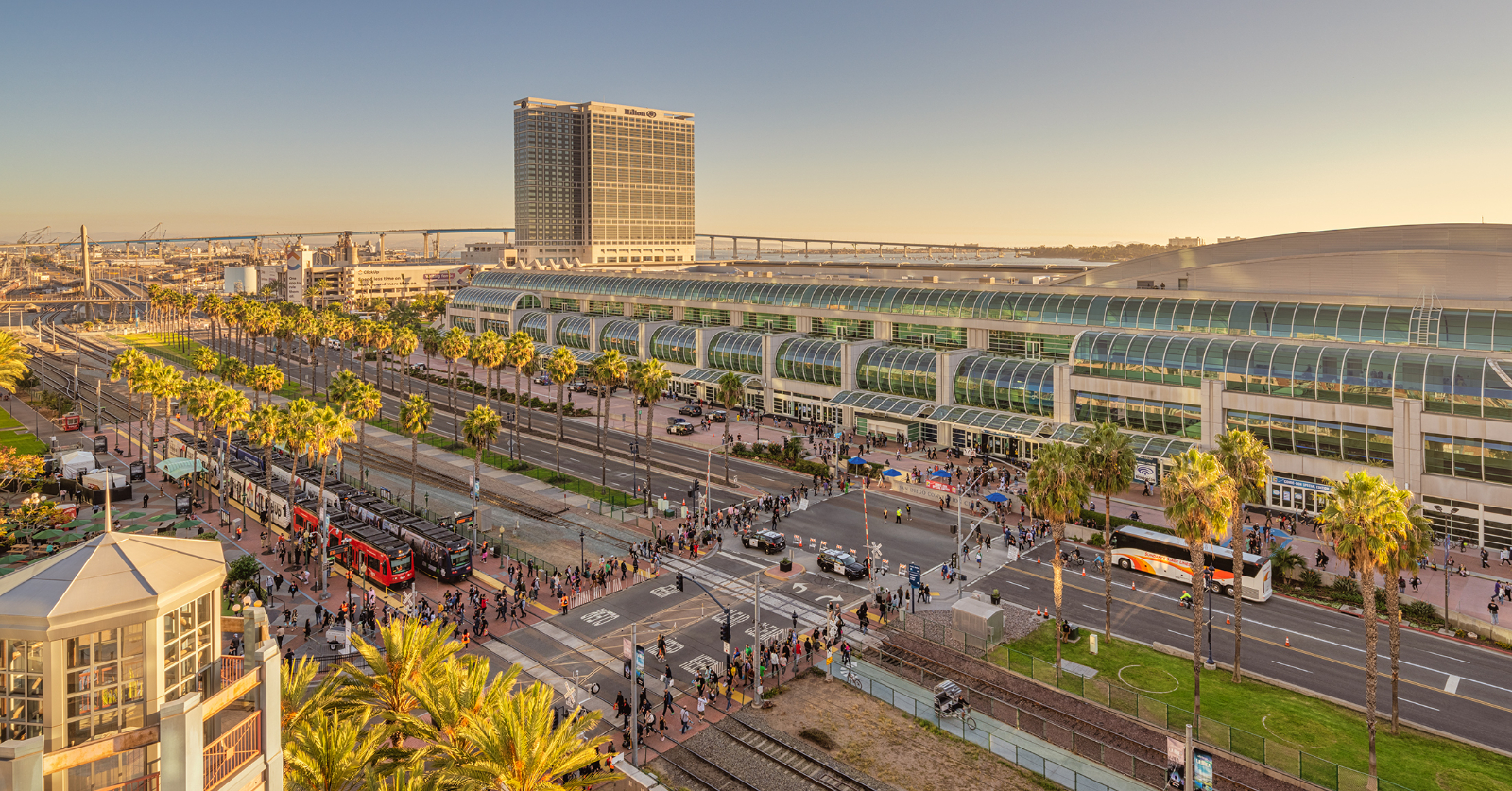 San Diego Comic-Con International is an exhilarating explosion of cool happenings, amazing sights and happy surprises. Which means it’s a whole lot like San Diego itself. And as the Con returns to town for its first full edition since 2019, San Diego is bursting with brand-new things to see and do. So if you’re headed here for the biggest pop-culture celebration on the planet, carve out some extra time to get reacquainted with San Diego and check out these great new experiences:

Comic books have a whole lot of history to draw on (see what we did there?), and now the cultural impact of comics and more will be celebrated year-round at this just-opened museum. Best of all, it’s right in the Con’s back yard — just up the hill from Downtown in Balboa Park, San Diego’s cultural heart. The museum salutes Comic-Con’s return this summer with a major exhibition titled “Beyond Amazing: Spider-Man.” The world-premiere show, presented in partnership with Marvel Entertainment and Semmel Exhibitions, incorporates interactive installations, cutting-edge tech and priceless artifacts to explore the six-decade saga of one of pop culture’s most celebrated superheroes.

2. The Rady Shell at Jacobs Park

If you’re a Con-goer, you’re pretty much guaranteed to see the new outdoor home of the San Diego Symphony: The Rady Shell rises majestically from the bayfront at Embarcadero Marina Park South, just behind the San Diego Convention Center. But don’t just gawk — go! The Shell is welcoming audiences to its stunning setting all summer for orchestral performances, pop concerts and more.

Looking to explore Mission Bay, La Jolla and other San Diego highlights beyond Downtown during your Comic-Con downtime? Climb aboard the San Diego Trolley’s latest line for a fast and scenic ride along the 11-mile stretch from the Old Town Transit Center (easily accessible from Downtown) north to UCSD and environs. It’s a perfect option for hopping over to the village of La Jolla. Or shopping at such popular retail meccas as Westfield UTC or La Jolla Village Square.

There’s dining on the water, and then there’s dining over the water. That’s what Portside Pier offers — and it’s all just a quick stroll down the beautiful Embarcadero from Comic-Con. Grab a craft beer from Ketch Grill & Taps and take in the gorgeous bay views, or spice things up with authentic Mexican dishes from Miguel’s Cocina. Portside Coffee & Gelato is your place for a quick pick-me-up, and if you need a full seafood fix, the Brigantine Seafood and Oyster Bar has you covered.

Talk about iconic pop culture: This splashy new attraction — the only “Sesame Street”-themed park on the West Coast — combines all the family-friendly fun of the beloved TV show with an impressive collection of zippy rides and water slides. Kids of all ages will enjoy the 18 “Sesame Street”-themed rides and water attractions, which include a roller coaster and a 500,000-gallon wave pool as well as a musical play area, an interactive Sesame Street Neighborhood and much more.

6. The Emperor at SeaWorld

Soar like a superhero (and then plunge like a penguin) as you climb aboard SeaWorld San Diego’s newest and biggest roller coaster yet for an adrenaline-spiking adventure that reaches 60 mph. The Emperor — a floorless coaster that’s the tallest and fastest of its kind in California — dangles riders more than 150 feet above the park before sending them on a 90-degree dive and then through a series of exhilarating loops. Take the plunge and get a firsthand feel for the resident Emperor penguins’ epic journey from frosted Antarctic cliffs to the depths of the ocean.

Speaking of penguins (and no, we’re not talking Batman supervillains): On July 13, La Jolla’s Birch Aquarium at Scripps opens its biggest addition yet, the Beyster Family Little Blue Penguins habitat. The exhibit makes the Birch the only aquarium in the Western United States to host the species, the smallest penguins on Earth. The 2,900-square-foot exhibit includes both rocky and sandy shore habitat and an 18,000-gallon pool, where you’ll get a rare chance to watch the penguins socialize, interact, and build nests.

This spectacular, brand-new addition to the San Diego Zoo is a 3.2-acre adventure zone that combines inventive play areas with up-close wildlife encounters. Get ready to spend time in the company of crocodiles, foxes, squirrel monkeys and more as you make your way across rope bridges and past shimmering lagoons. (And bring a swimsuit for the splash zones.) Built on the site of the former Children’s Zoo, the Basecamp — which takes in habitats from desert dunes to marsh meadows — is a wonderland of hands-on opportunities for both learning and fun.

Discover more of what’s new and cool in San Diego this summer here.