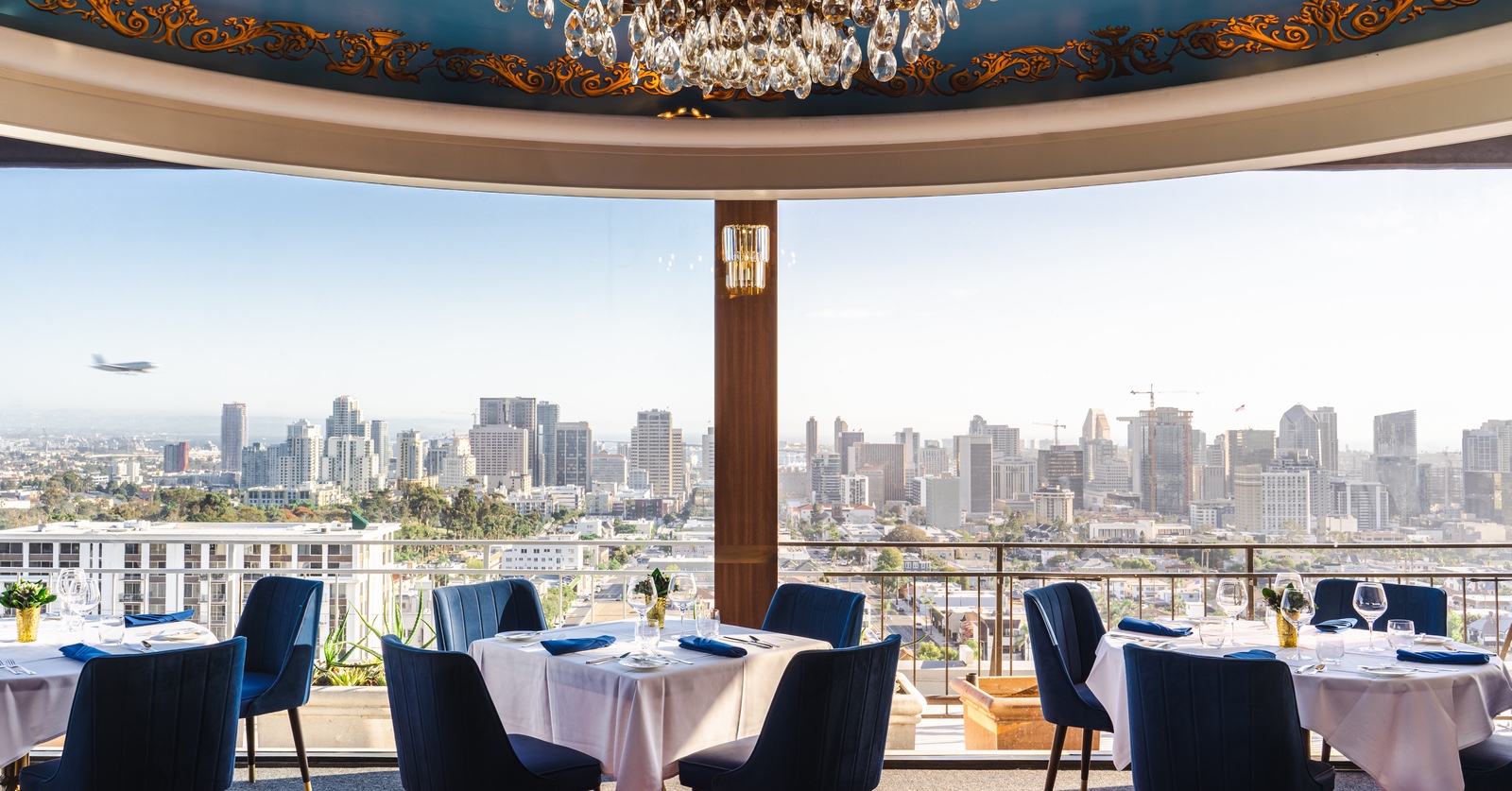 When you think of San Diego, what pops to mind first — our beautiful beaches, our thriving cultural scene, our general abundance of bright people and ideas?

All of those are great candidates — but here’s another one: Our vibrant dining scene.

One aspect of the culinary scene here that helps make it so memorable is its variety — in everything from style of cuisine to surroundings to sheer size. With that in mind, here’s a fun look at 10 San Diego restaurants that have earned some (often quirky) superlatives:

Any restaurant that’s located on the site of a former mess hall for a massive military base is bound to be pretty capacious, and Stone Brewing’s location at Liberty Station definitely delivers. With 23,500 square feet of indoor and outdoor dining and drinking, the establishment – a companion to the homegrown brewer’s bistro and gardens in Escondido — actually ranks as the largest restaurant in the state. And with a tap list that stretches to more than three dozen varieties, it has one of the biggest beer selections in town, too.

At 137 years and counting, this venerable eatery in Downtown San Diego’s East Village is easily the oldest still-operating restaurant in town, according to Classic San Diego, which says Tivoli is also the oldest bar in town. (The next-oldest restaurant, founded in 1933, is the unassuming but beloved Las Cuatro Milpas in nearby Barrio Logan.)

The Most Acclaimed: Addison at the Fairmont Grand Del Mar

Chef William Bradley has turned this restaurant at Carmel Valley’s five-star hotel into a celebrated West Coast dining destination. In 2021, Addison earned its second Michelin star, making it one of just 16 restaurants in California to boast that distinction. (San Diego County’s three other Michelin-starred restaurants, with one each, are Jeune et Jolie, Soichi and Sushi Tadokoro.)

The Most Famous: Mister A’s

For decades, the nearly 60-year-old Mr. A’s served as the standard-bearer for fine dining in San Diego, as well as a mecca for visiting celebrities. While the place may have a lot more competition now, this venerable Bankers Hill restaurant with the breathtaking 180-degree views remains a San Diego icon. Mr. A’s recently reopened after a $2 million re-envisioning under new owner Ryan Thorsen, with a more modern look and attitude but the same great views.

Some San Diego restaurants have reached lofty heights in more literal ways, and none more so than this homey establishment, perched at 6,000 feet of elevation on Mount Laguna. The Pine House serves sandwiches, soups and other hearty fare, and is one of the few San Diego-area eateries where — if you’re there at the right time of year — you just might see snow falling outside the windows as you dine.

If you ask Yelp — and a whole lot of prospective diners do just that every day — the top restaurant in San Diego is this Vietnamese eatery that serves vegan food out of a cozy City Heights storefront. Thanh Tinh Chay has a perfect five stars and has earned such diner plaudits as: “Food tastes so good it’s unreal.”

The Closest to the Ocean: The Marine Room

No doubt about this one: The elegant Marine Room is not only on the ocean — perched directly on the sand at the southernmost end of La Jolla Shores — but the place is pretty much in the ocean when the tide is high enough. Dining here while waves crash against the windows has become a popular pastime, and has been buzzed all over social media. But that’s not the only attraction here: The Marine Room, founded in 1941, recently reopened after a $500,000 remodel that includes a sparkling new cocktail lounge.

The Closest to a World-Class Golf Course: A.R. Valentien

If you’re a fan of both golf and memorable dining (and of beautiful Craftsman design, for that matter), it’s hard to go wrong with this restaurant overlooking the 18th hole at the Torrey Pines Golf Course, site of the 2021 U.S. Open as well as the annual Farmers Insurance Open. Nestled in the luxurious Lodge at Torrey Pines, A.R. Valentien serves delicious and innovative California cuisine with an emphasis on local provisions.

Yes, co-founder and Executive Chef Davin Waite had a little fun with the naming of this Oceanside favorite, one of three restaurants he runs. But the place serves very serious seafood, and Waite is also a sustainability pioneer who won a prestigious award recently from the California Travel Association.

The Most Unusual Dining Experience: Cow By Bear

OK, so this one bends the rules a bit. Cow By Bear is less a restaurant than, in the company’s own words, “an experimental dinner party operating out of several secret San Diego locations.” But how could we not include a dining experience that involves being cooked for, and served by, an Alaskan brown bear? (The chef in question might actually be a person in a bear suit rather than an actual bear. But really, who’s to say?)