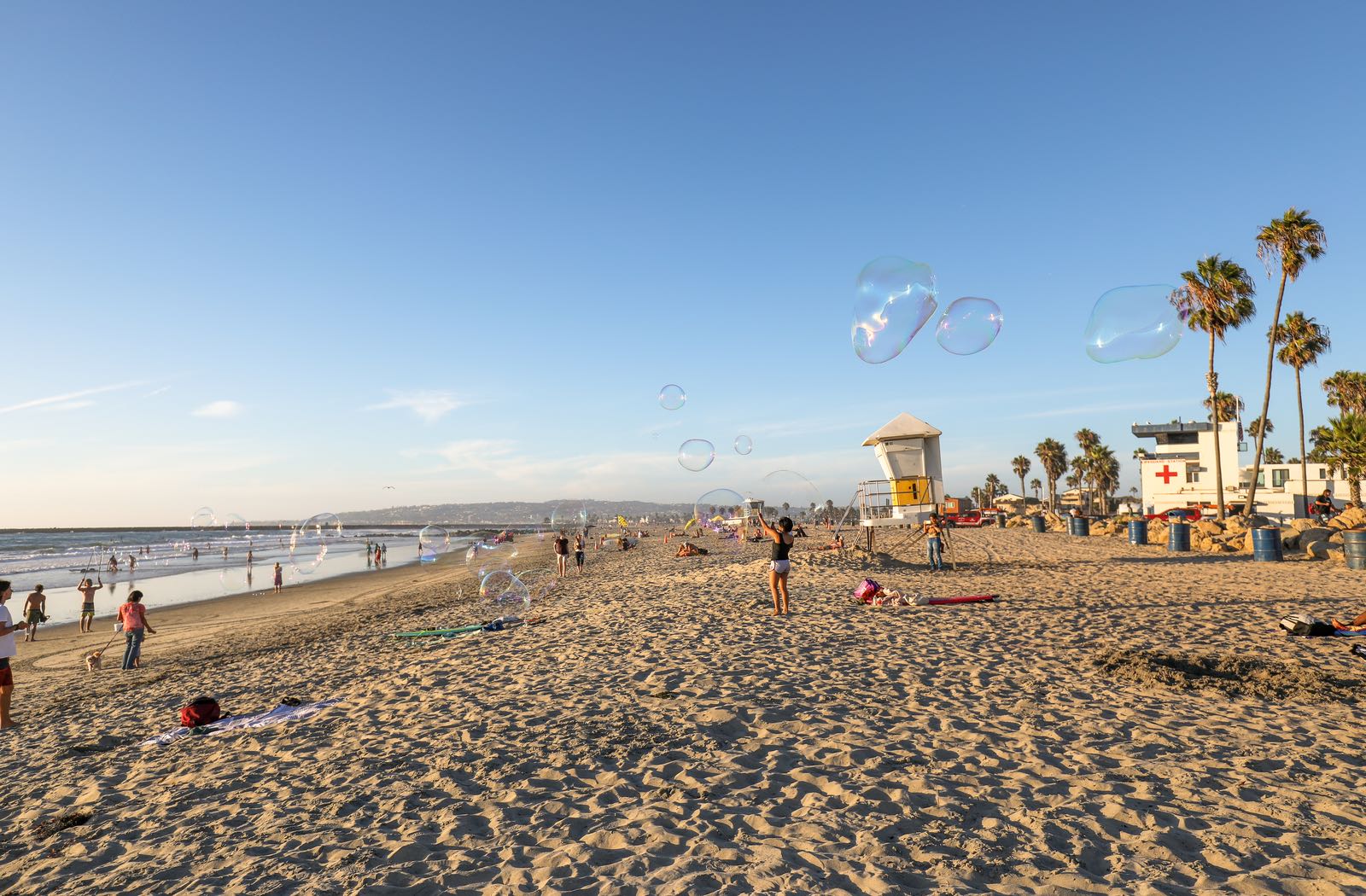 From cultural festivals to surfing competitions to spending the day under the San Diego sun, here are 20 of the top things to do in California’s Beach City this weekend.

When: August 15-25, 2019
Tenderly is based on the life of Rosemary Clooney, who was hailed as America’s favorite girl singer. In this exhilarating and inspiring new musical biography, it offers a fresh, personal and poignant picture of the woman whose unparalleled talent and unbridled personality made her a legend. We learn both the story of her successes on film, radio and TV, as well as her personal struggles. The show features many of her signature hits, including “Hey There (you with the stars in your eyes),” “Tenderly,” and “Come On-A My House.” Indulge yourself in a musical that will leave you cheering at her triumphant comeback and singing these unforgettable songs.

Flicks on the Bricks

When: August 15-29, 2019
Flicks on the Bricks Year 12! Another tantalizing offering of outdoor cinema and wine on the Athenaeum patio in the heart of La Jolla each Thursday in August. Enjoy mismatched pairings on the screen and for the wine tasting! Come join the Athenaeum for hot summer fun!

When: August 15, 2019
The quarterly 21+ event at The New Children’s Museum is back this summer for a glamping-inspired evening of Brews + Bonfires! Think twinkly summer nights, cozy fire pits and roasted marshmallows. Enjoy live music, food and drinks from local restaurants, a hands-on art activity, access to the many art installations and more.

Some Enchanted Evening: The Broadway Hits

When: August 16-17, 2019
Bayside comes alive with the sound of Broadway’s most famous music including “My Favorite Things,“ “Where or When,” “The Lady Is a Tramp,” “Oh What a Beautiful Morning,” and more. Featuring two-time Tony Award nominee Laura Osnes (Cinderella, Bonnie and Clyde) and Jason Danieley (Candide, The Full Monty, Pretty Woman), who The New York Times hailed as “the most exquisite tenor on Broadway.” Conducted by Rob Fisher.

When: August 16, 2019
Surfers, scientists and survivors come together to support the fight against cancer at the annual Luau and Legends of Surfing Invitational at the beach near Scripps Pier in La Jolla.

When: August 17-18, 2019
During the World Bodysurfing Championships, 350-400 bodysurfers from around the world compete in their respective age divisions for trophies and prizes.

When: August 17-18, 2019
Join the San Diego Civic Youth Ballet for the 11th Annual “Fairy Tales in the Park,” a whimsical, magical dance performance that merges the beauty of ballet with the excitement of four classic, unforgettable stories – all right within the cultural heart of Balboa Park! Featuring a professional storyteller, an interactive experience in the lobby of the historic Casa del Prado Theater, and all tickets priced at $12, it is perfect for families of all ages!

When: August 17, 2019
The stage will be jammed packed with vibrant performers. There will also be delicious food and vendors of all kinds. You do not want to miss the Parade of the Bands. Parade will have hundreds of masquraders in beautiful feathered & bedazzled costumes.

When: August 17, 2019
The Imperial Avenue Street Festival is a multicultural street scene that celebrates the rich history, arts and culture of the Greater Logan Heights community.

When: August 17, 2019
Chula Vista HarborFest is a family-friendly celebration that welcomes everyone to enjoy a classic summer festival with breathtaking ocean views as a backdrop.

When: August 17, 2019
Watch many of the country’s top horses compete at the classic distance of 1 1/4 miles in the 29th running of Del Mar’s signature event, the TVG Pacific Classic. The Pacific Classic will anchor a stakes triple header program that includes the Gr I Del Mar Oaks and the Gr II Del Mar Handicap. Del Mar’s richest and most prestigious race, the $1,000,000 Pacific Classic (Gr. I), takes place on Saturday, August 17.

When: August 18, 2019
Stone Brewing celebrates its 23rd Anniversary with a three-day festival taking place at all of it’s locations across the country. Join independent craft beer fans for tasters from more than 50 breweries and craft beer camaraderie in the San Diego sunshine. Expect incredible beer, fantastic food, live music, a cigar lounge and more.

More Top Things to Do in San Diego this Weekend