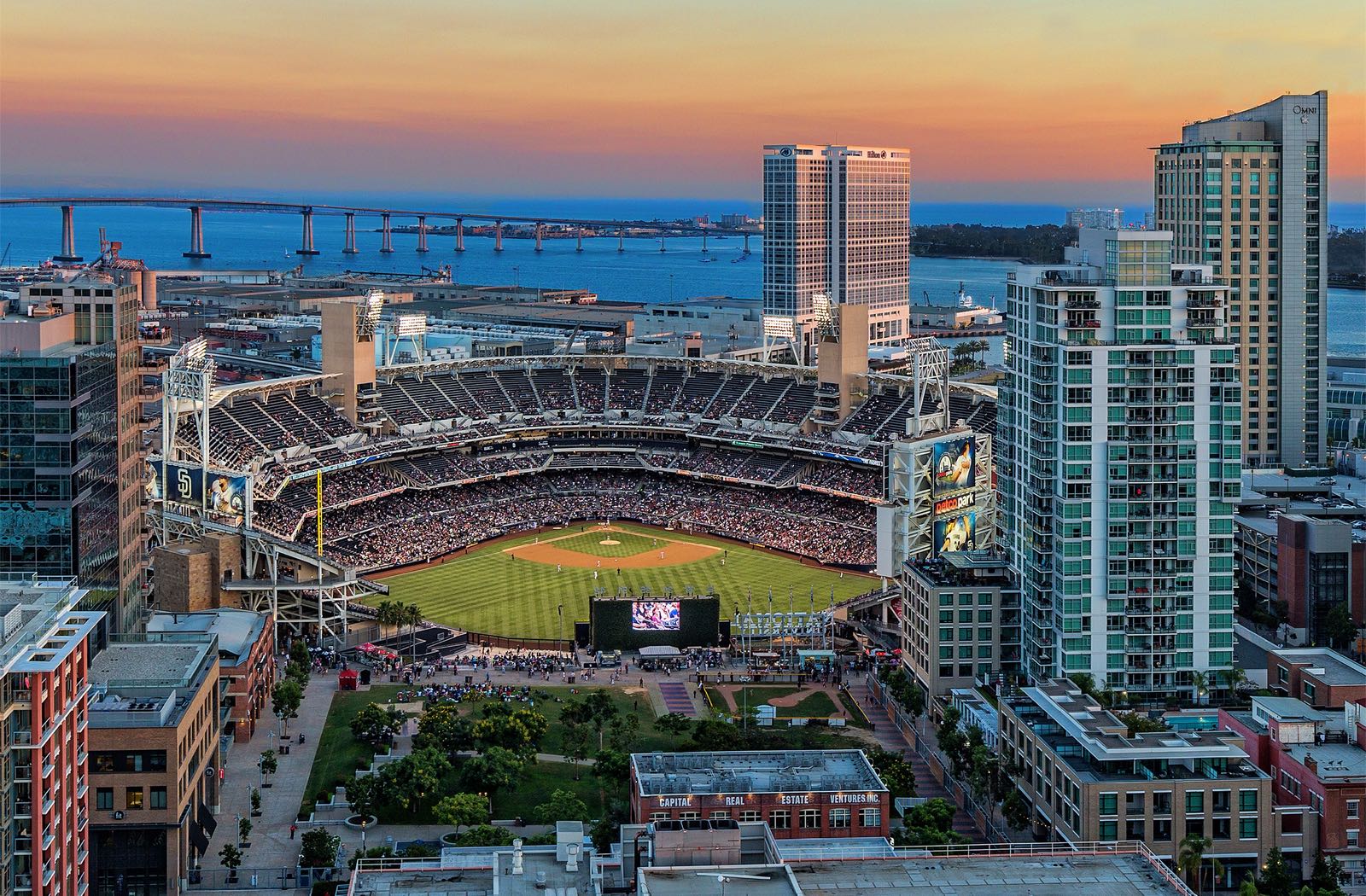 Bike over the Coronado Bridge, take yourself out to a ball game, and more by spending the upcoming weekend in San Diego enjoying these top things to do.

When: August 20 – September 15, 2019
The Coast Starlight follows a young man who, one morning, boards the Coast Starlight, the long-distance train that runs from Los Angeles to Seattle. He’s got a secret that can land him in terrible trouble, and he has roughly one thousand miles to enlist the help of his fellow travelers – all of whom are reckoning with their own choices in search of a way forward. Keith Bunin’s new play is a smart, funny and compassionate story about our capacity for invention and re-invention when life goes off the rails.

When: August 22-25, 2019
San Diego Underground Film Festival and the Tenth Avenue Arts Center are proud to present a diverse and inclusive lineup of experimental, documentary, animated, and narrative films which are complimented by nightly expanded cinema performances, installations, and live music.

Screen on the Green: Black Orpheus

When: August 22, 2019
The Greek myth of Orpheus and Eurydice is brought vividly to life amidst the spectacle, color, and music of Rio de Janeiro’s Carnival. Free-spirited trolley driver Orfeu falls for the lovely newcomer Eurydice on the eve of Carnival, but their joy is short-lived as they soon find themselves pursued both by Orfeu’s jealous fiancée and by the masked figure of Death.

Singin’ In The Rain

When: August 23, 2019
“What a glorious feeling, I’m happy again!” It’s been called the greatest musical ever filmed — now, dance your way to Bayside Summer Nights and experience the charm of Gene Kelly, Debbie Reynolds, and Donald O’Connor on the big screen with the score played live by the San Diego Symphony conducted by Richard Kaufman.

When: August 24-25, 2019
Calling all whiskey & bourbon worshipers, tequila aficionados, gin guzzlers, rum radicals, vodka vixens and mixologists to indulge your senses and shake up your summer as you mix and mingle with thousands of people at the 11th annual San Diego Spirits Festival.

When: August 24, 2019
Every year Orfila hosts and annual grape stomp after harvest! Join us this year on August 24th for food, live music, and of course to stomp some grapes!

When: August 25, 2019
On this date, the entrance fee is waived at Cabrillo National Monument. There are only a few days a year this occurs. In 2019, the fee free days include 1/21/2019 Martin Luther King Jr. Day, 4/20/2019 First Day of National Park Week, 8/25/2019 Founders Day and National Park Service Anniversary, 9/28/2019 Public Lands Day, and 11/11/2019 Veterans Day. The fee waiver includes entrance fees, commercial tour fees, and transportation entrance fees. Other fees such as reservation, camping, tours, concession and fees collected by third parties are not included unless stated otherwise.

When: August 25, 2019
Experience Bike the Bay, a scenic bayside ride, and also enjoy a rare opportunity to ride over the San Diego-Coronado Bay Bridge.

When: August 25, 2019
Join us for LeucadiART Walk, a revival of the original 80’s art event in historic Leucadia with art, entertainment, a children’s art pavilion and more.