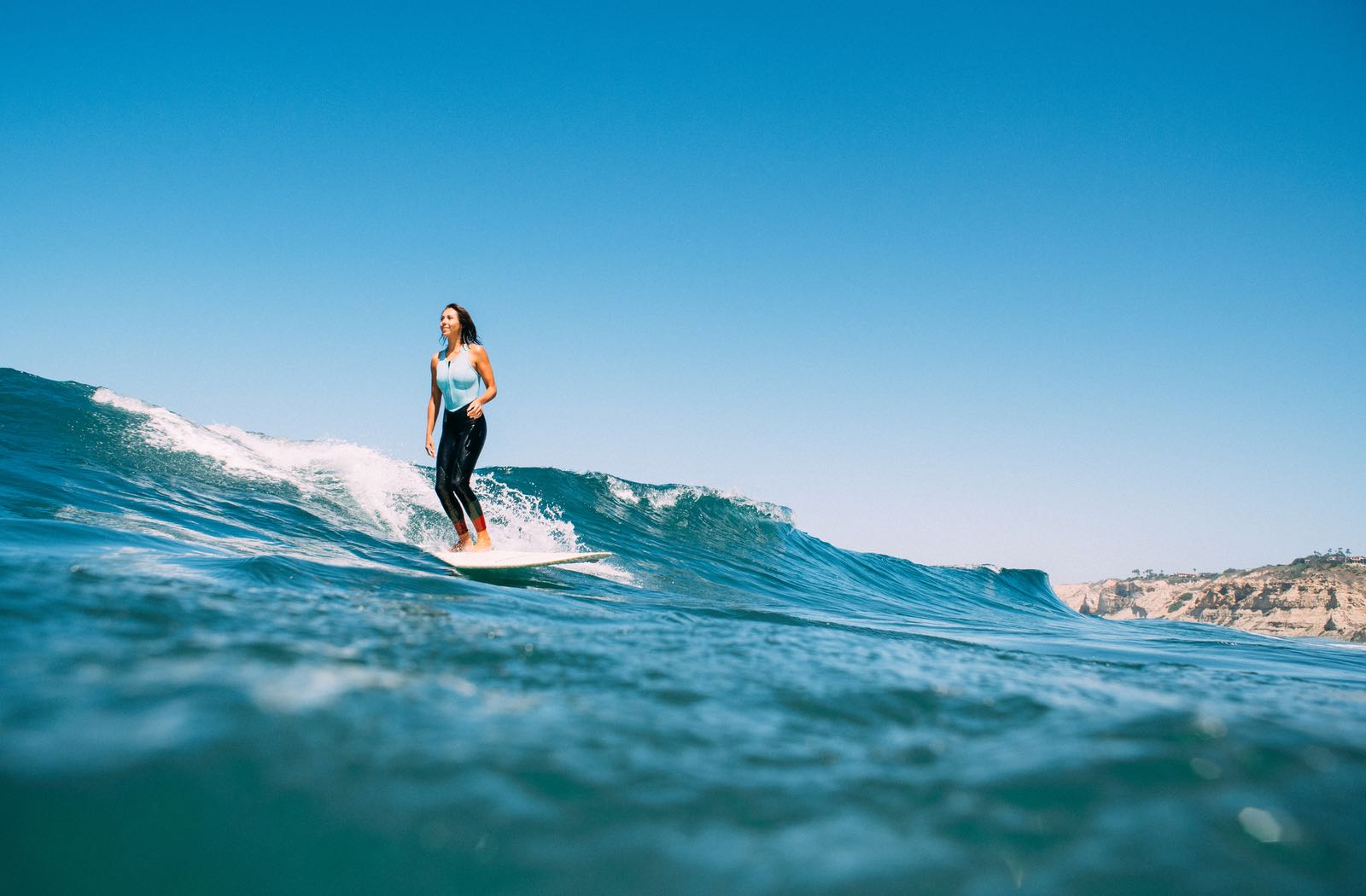 From amazing beaches to museums and art to taco shops, the surfing culture permeates throughout San Diego County. Surfing was recently dubbed California’s official state sport. But San Diego has been ahead of the trend for decades, embracing a city-wide laid-back surf culture and serving as one of the top surfing destinations in the world.

With more than 70 miles of coastline dotted with premier surf spots, there are waves of all shapes and sizes suited to meet the needs of beginners and experts alike. Looking to learn how to partake in one of the coolest sports? La Jolla local shops like Surf Diva and Everyday California are some of the best places in the city to rent a board and learn from the pros.

Whether you’re hoping to score some waves at San Diego’s spots or enjoy the art and culture the world of surfing provides, there’s something for everyone in San Diego.

Get barreled at Blacks Beach, one of San Diego’s most famous breaks. This swell magnet spot provides year-round waves for advanced surfers. You don’t have to be out in the lineup to enjoy the high-caliber surfing happening here. Grab a towel and hike down to the beach and watch some of the best surfing California has to offer.

Meander along the stretch of bluffs overlooking the Pacific just south of Ocean Beach and enjoy the beauty that is Sunset Cliffs. This winding path provides the best views of the numerous surf spots along Sunset Cliffs. Surf spots include Luscombs, Pescadero’s Subs and Abs. Low tide is the best time to catch waves at Sunset Cliffs. So align the tide with the sunset and you’re set to enjoy San Diego surfing in all its glory.

San Diego’s abundance of waves has inspired local surfboard shapers for generations, which has led to the development of new shapes and styles of boards used all across the globe. Local shapers such as Josh Hall, Chris Ruddy, Ryan Burch and Tim Bessell have perfected the art of creating surfboards that are ridden by professionals and novices alike. These expert craftsmen create longboards, shortboards, mid-lengths, asymmetrical shapes and everything in between for surfers of all abilities. San Diego is also the birthplace of famous surf brands including Rusty, Gordon & Smith and more.

Looking for the Mecca of San Diego surf culture? Look no further than Bird’s Surf Shed. Home to hundreds of vintage and modern surfboards of all shapes and sizes, Bird’s is the perfect place to learn about surf history and surfboard evolution. Locals can be found scoping the collection to find the perfect board to add to their quivers. Bird’s ever-expanding collection prompted the need to expand, so stop by both the Morena and Ocean Beach shops to view the complete curation.

Take the Cardiff Kook statue in Cardiff as a lesson on how NOT to surf. This beloved statue, installed in 2007 as an homage to San Diego’s favorite pastime, displays a particularly kooky style. You can find the Cardiff Kook sporting different looks throughout the year, as locals enjoy dressing him up to fit the season.

No surf session is complete without a post-workout meal. Although the ideal feast varies depending on whom you ask, burritos and breakfast foods are at the top of most people’s lists. Head to Taco Surf in Pacific Beach for delicious Mexican food, and one of the top-rated California Burritos in San Diego. The spot scores extra points from surfing locale for its impressive collection of surfboards displayed throughout the restaurant.

If traditional breakfast suits your taste, head to Swami’s Cafe for breakfast fare with San Diego flair. The original location sits above the famous Swami’s surf spot, but there are several locations throughout San Diego.

Wash it down with a beer from Pizza Port. A favorite among San Diego craft beer enthusiasts featuring a lineup of beers named after local surf spots, such as Swami’s and Ponto.

7. Scope the Surf at Swamis

Speaking of Swami’s, the lookout in Encinitas is among one of the most beautiful spots to watch surfers shred in all of San Diego. Perched atop the bluff overlooking Swami’s Beach, and named for the Self-Realization Fellowship it resides by, this park and viewpoint provide idyllic views of San Diego’s magnificent coastline. As one of the top surf spots in San Diego, this locale picks up swell throughout most of the year, so you’re guaranteed to catch surfers in the curl.

Find your footing and foundation in San Diego’s surf history at the California Surf Museum in Oceanside. Founded in 1986, this collection showcases the vibrant history of San Diego and the greater California’s surf culture evolution. Browse through the eclectic curation of magazines, surfboards, trophies and more to learn how the sport has grown and changed throughout the decades.

Head south to Imperial Beach for the Surfboard Museum. Check out the collection of boards created by 25 local shapers. This isn’t your traditional museum! The curation spans a few city blocks and is located all outdoors, directing patrons to the beach.

9. Watch the Pros at Work

But humans aren’t the only ones getting in on San Diego’s world-class waves – head to South County to watch the annual Imperial Beach Surf Dog Competition to watch pups riding waves like the pros.

10. The Art of Surfing Through Film

Cinephiles and beach-lovers alike flock to the annual San Diego Surf Film Festival to watch the latest surf flicks filmed by surf enthusiasts from across the globe. This isn’t your typical theater experience – patrons are encouraged to hoot and holler when they see someone shredding. If the San Diego Surf Film Festival isn’t happening, stop by La Paloma Theatre in Encinitas to catch a surf film. The theater frequently screens films created by and featuring local surfers.